What is a Headshot?

A professional headshot is the most common type of photograph taken for the specific purpose of marketing or branding. A headshot is a close-up photograph of a person which is traditionally cropped from their chest to slightly above their head. (Rules are meant to be broken). A headshot puts the focus squarely on the subject and works well to put a face to a name or give viewers an idea of who they’re doing business with.

What is a Business Portrait?

A business portrait (this is where things get confusing) is a portrait without defined cropping that in some way represents the subject as they would like to be seen by their customers. This type of portrait can be cropped anywhere from 3/4 to full length and is taken in a neutral setting that isn’t associated with the subject’s work or life. Think of a photograph of a subject standing in a formal outfit in a photography studio, or a writer photographed in a park. The background or setting in this type of photograph serves no function but to compliment the subject.

What is are Environmental Headshots?

An environmental portrait is a portrait taken of a subject in a surrounding that is specifically chosen to help tell their story; often their home or workplace. They are a great way to give your clientele a glimpse into your work or workplace culture. While it’s true that a headshot fits best on a business card or the “meet the staff” section of your company’s website, an environmental portrait can be just as powerful of a marketing tool if used correctly.

Why Consider an Environmental Headshot Session?

Consider a real estate agent who’d like to stand out from the pack and get out the message that they are the person who you’ve been looking for to help you find your dream home. Yes, a nice headshot of their smiling face might give you a good impression of their overall vibe (friendly, serious, creepy), but a brightly lit portrait of the same real estate agent standing in a fantastic-looking modern kitchen lets you know that they are the person who can land you a place like the one on the photograph.

How about a chef or a restaurateur? Food tv has created celebrities out of people who, not long ago, were completely anonymous to the average person who didn’t put a whole lot of thought into who was cooking their food. Foodie culture has taken over and websites like Eater, TimeOut and Infatuation are constantly hipping us to the best new place in Chicago to bánh mì or Duck Confit Hash Browns (full-disclosure: I’m sort of a fast-food guy). More than ever before, when customers go out to eat they want to know whose behind their culinary experience. Sure, a nice website with an easy to read menu is helpful but a portrait of the restaurateur or head chef inside of his establishment gives your customer a better a look at the people behind their night out.

When most people think of a large company or corporation they don’t think much past the name on the building. Portraits taken in offices and conference rooms are a great way to portray your people in their element.

The list goes on: from small business and startups looking to show off the culture of their workplace to bloggers needing imagery to compliment the lifestyle they write about to artists with their work, musicians in the studio, fitness coaches in the gym – the list goes on.

Simply put: when simple head and shoulders headshots aren’t enough o tell your story of you or your business then you may want to consider environmental portraits.

I recently had the opportunity to photograph a Chicago-based commercial furniture sales company called LevelReps. They were a great example of how an environmental portrait can be used to display a company’s culture.

Prior to the photoshoot, if you’d asked me to describe to you my idea of a commercial furniture sales rep, I’d likely have described something out of the used car salesmen book of stereotypes; a bad toupee stuffed into an ill-fitting suit, desperate to make a sale. I couldn’t have been more wrong. The team at LevelReps is an enthusiastic group of young professionals.

Before every shoot, I like to do a little research into the company to get a feel for what I’m walking into. After digging around on their website and reading through their employee bios, I was left with the impression that they we’re a tight-knit group, with a good sense of humor about themselves. While you never know what you’re going to get before you show up, I walked in hoping to deliver photographs that aligned with the vibe of their bios.

Throughout the photoshoot, I worked with alongside one of their team members to create casual portraits that utilized their new showroom in Chicago’s Merchandise Mart as a backdrop. (The posing options in a furniture showroom are limitless!) . Not only were we successful in showing off the LevelReps team and their personalities but the photographs give their clients an idea of the style of product that they as a company represent. A headshot can’t do that.

Not all environmental portraits need to be strictly “professional.” (Whatever that means?) This type of portraiture works wonders for people operating in creative fields, too.

I recently had the opportunity to take some portraits of Chicago artist John A. Kurtz in his home studio. John works in multiple mediums: painting, photography, illustration, and sculpture whose work has been shown at many museums including the Art Institute of Chicago and the Evanston Art Center and published in several publications such as Playboy Magazine and Chicago Magazine.

I’d been on the hunt for interesting people to photograph when it was suggested to me by his niece that I should photograph her uncle in his studio. I was excited about the opportunity. Several months, a few canceled dates, and an art show where I was finally able to introduce myself to John later, he was kind enough to let me and his niece come over and take some portraits of him in his element.

If the basis of this blog post is to answer why an environmental portrait could be the right marketing tool for you, then you might be asking yourself “how does an environmental portrait benefit an old artist like John?” It’s true, John’s the rare individual whose been able to carve out a successful and life-long career in, what essentially amounts to, being creative. We should all be so lucky. The guy’s displays more personality in the hat that he wears than most of us is capable of on a three-beer-buzz. So, yes it’s a valid point that John’s probably not overly concerned with marketing or personal branding at this point in his career.

However, let’s say that John’s got a show coming up. We’ve all been given flyers or invites to facebook events for someone’s art show or theater performance, etc. We’ll take a quick glance at the piece that they’ve chosen to represent the show, the date and time and decide whether or not we want to attend. (Just how close are we to the person in question?)

These portraits give the viewer a glimpse into John’s life and work. They stoke your curiosity, and instead of thinking “I wonder who I can drag along to this thing with me?”, you’re thinking, “This guy looks interesting. I bet his show’s going to be interesting. I should check it out.” John’s allowing you into his world in these portraits and you might just decide that you’d like to see more, which is a hell of a lot more effective as a marketing tool than one his paintings on a postcard with a date and time.

To put it simply, in today’s internet era, people want to see who they’re dealing with. Headshots, business portraits, and environmental portraits are all extremely effective ways to emerge from the shadows of your website and give your clients and customers an idea of who you are and what you and/ or your business are all about. When a close-up shot of your smiling mug isn’t enough then you might want to consider scheduling an environmental portrait session. 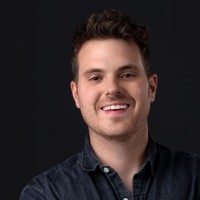 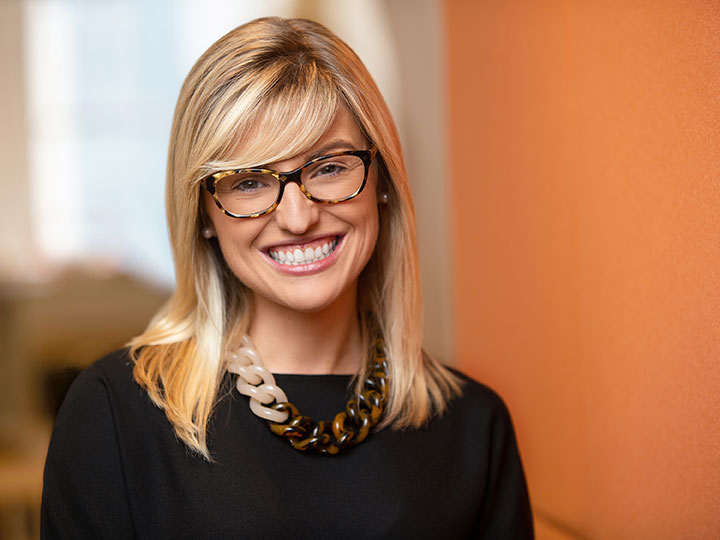 Data Reveals the Importance of Image in Job Search
May 1, 2019

My daughter wants to audition for some dance teams after high school and she needs some headshots, so I wanted tips on doing so. I didn’t know a headshot is cropped from a person’s chest to slighting above their head. I’ll have to find a photographer that can take headshots that showcase the elegance of my daughter, thanks to this post!

Like!! I blog frequently and I really thank you for your content. The article has truly peaked my interest.

This website was… how do I say it? Relevant!! Finally I have found something that helped me. Many thanks!